No Red Pen: Writers, Writing Groups & Critique has been accepted into nomination for a Global E-book Award. The Global Ebook Awards honor and bring attention to the future of book publishing: Ebooks. Now in its second year, the Awards are in 72 specific categories. They are open to all publishers large and small so that a winner is the best in its category not just the best of small or regionally-published ebooks. Most ebooks are also available as printed books as well. The awards ceremony will be in gorgeous Santa Barbara on August 18, 2012. 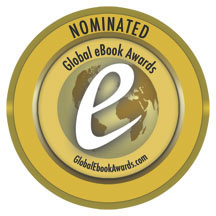 Everyone has a story. No one else can tell your story. The process of creating, refining and ultimately releasing it into the wild that is publication in the world needs to be a respectful one. No Red Pen – Writers, Writing Groups & Critique is not an overview of writing groups – it is a manifesto for a different paradigm for workshopping and critiquing.

No Red Pen – Writers, Writing Groups & Critique is intended for those writers looking for information on what to consider when forming or joining a writers’ group and for writers seeking tools for critiquing work in progress. This is not a how-to book for writers’ groups. There is no discussion of specific craft techniques. There are other books in the market that discuss finer points of writers group administration and many that deal with craft. This book is intended to help the reader make informed choices in the marketplace of writing group workshops and provide useful skills for critique consumers. The act of entrusting one’s written work and exposing that product of imagination, heart, and soul to the criticism of others is a risky and brave action by the writer and a privilege for the reader. No Red Pen – Writers, Writing Groups & Critique provides a toolbox for conducting a writers’ workshop and recommendations for critique that fundamentally respects the writer and the work.